7.2 million Brits have a meat free diet and, according to a recent survey, another 13 million intend to ditch meat by 2022. The benefits to veganism are well documented, with livestock by far the global leader in carbon emissions, and numerous health conditions linked to eating meat. But how much do we know about the environmental and nutritional impacts of plant-based diets, and is it realistic that veganism will go mainstream and this isn’t just a passing FAD?

This Zoom session explored the pros and cons to veganism, tips for new vegans from former meat eaters, with Glen Burrows from The Ethical Butcher, student and environmentalist Izzy Hopson, local food wizard Tom Peer, along with Jaya Gordon-Moore who gave us some awesome live music JayaHadaDream. 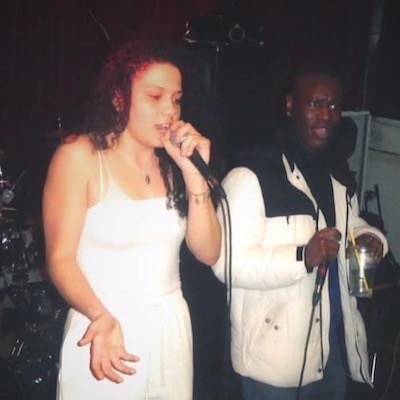 Glen Burrows
Glen Burrows is the cofounder of the Ethical Butcher. Glen studied food science and nutrition and in the first year of degree the BSE crisis was breaking, this put him off eating meat and the industry as a whole and he became a vegetarian and followed a different career of photography in advertising and magazines. After 25 years of not eating meat he decided re evaluate his health as it wasn’t as good as he thought it should be, lots of reading and research led him to decide to try a more ‘paleo’ style of diet and the effects were profound. His health improved, both mental and physical, athletic performance as a rock climber and martial artist improved even to the point where he started to act as nutrition coach to some pro-level athletes. As a photographer Glen was picture director of Mens Fitness magazine and travelled the world working with elite athletes, models, trainers and nutrition coaches, the conversation on set would always be centred around food and nutrition and the leaning continued. Farshad was running a successful business as a meat trader supplying the restaurant trade but was looking to expand the business and consider the impact on the environment that production methods could have, this was the perfect mixture, Glen’s marketing skills and Farshad’s experience in the business, The Ethical Butcher was born.

Izzy Hopson
I have finished studying my A levels and plan to go to university in September to study business management. My interest are climate change and the effects this has on the earth and the rainforest and the ocean.
Instagram- isabel.Hopson

Tom & Ashley
At Forage & Folklore Tours we provide guided nature walks going over the ecology of the area, identification of edible and medicinal plants found in our location, as well as the corresponding historical anecdotes and forgotten folkloric tales and traditions surrounding the plants and animals we come across.Your nature guide, Tom, is from Northern Ontario, Canada and has a formal education in Wildlife and Forestry conservation, worked at a wildlife rescue and rehabilitation centre and lived briefly in South Africa as an ecology research intern, assisting in guiding international volunteers as well as data collection and analysis. Ashley is originally from South Africa, but has grown up most of her life here in England and has fallen in love with this land. Since moving to Suffolk, she has devoted herself to the study of traditional pagan practices, folklore, history and herbalism. Ashley & Tom met in South Africa as volunteers on a wildlife research project and have since moved to Suffolk. Their shared interests in foraging, herbalism and folk practices, combined with our common background in conservation of nature and wildlife, have each led to the formation of Foraging and Folklore Tours.